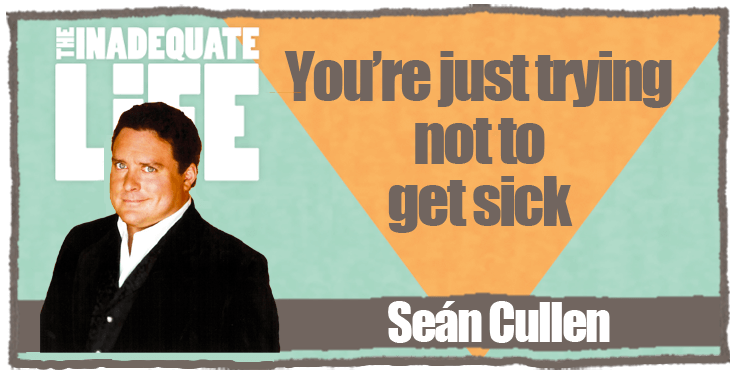 Seán Cullen was regular on the Tonight Show and he’s appeared on stages in New York, Chicago, Toronto and at the Stratford Festival. He writes books for young readers, his “Hamish X and The Cheese Pirates,” won the Arthur Ellis Award for Best Juvenile Crime Book.

Plus he has a podcast, the Seanpod, and with all that going on he still finds time to play hockey three times a week.

Seán Cullen and I talk about his improvisation and writing, as well as his path to success in comedy.

He also talks about his work on stage and why he describes his time performing 8 shows a week in “The Producers” as “just trying not to get sick.”

Seán mentions his time as a CBC Radio host and says “I was rambling completely and this drove the CBC Mad.” But as he explains, his rambling got the attention of a book publisher that led to the opportunity to his write books for young readers.

Show Notes
The SeánPod with Seán Cullen.
Twist Your Dickens at the Toronto Centre for the Arts.

The War of Art by Steven Pressfield
On Writing by Stephen King
The Omnivore’s Dilemma by Michael Pollan
Strunk and White’s The Elements of Style by William Strunk Jr., E. B. White
Margaret Atwood’s Wandering Wenda to become Kids’ CBC series