Best known to hundreds of thousands of comedy fans as the host of CBC Radio’s “The Debaters” there is no debate that Steve Patterson is North America’s funniest and least moderate debate moderator.
As a solo comedian Steve spent two decades touring around the world.

Twice named Canada’s Best Male Stand-Up at the Canadian Comedy Awards, Steve has also taken his award-winning humour to the literary world with “The Book of Letters I Didn’t Know Where to Send.”

In our interview, you’ll discover how growing up in a single-parent family influenced his ability to make people laugh. Steve also shares a story about a high school music teacher in London, Ontario, that influenced his path to making a living as a performer. 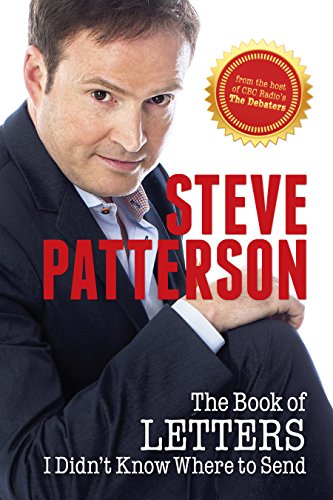