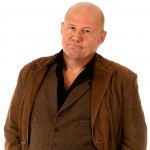 Here’s the much sought after Mike Bullard Interview.

Mike is renown for his sharp wit and ability to engage in unscripted banter with his audience. This was recorded in 2015, while Mike was on-air at CFRB NewsTalk 1010. He tells the story of how Program Director Mike Bendixen hired him.

I was a producer on Mike’s late night talk show. Mike and I spend some time reminiscing about the glory days of Canadian television in the 1990s.

Mike also shares the story of how, after his TV show was canceled, he avoided going out in public for 3 years and the lack of opportunities for comics on Canadian TV these days.

When Mike’s father passed away I attended the funeral. I’ve never laughed & cried so much, anywhere. Mike opens up about how he dealt with the heartbreaking death of his father.