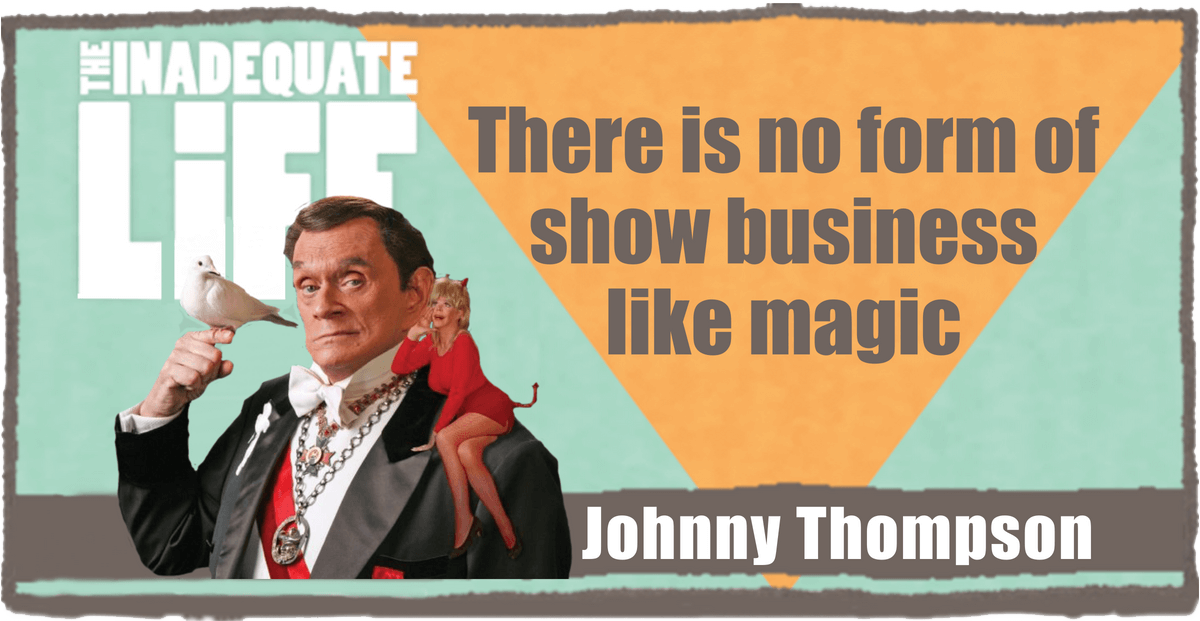 Johnny Thompson is one of the most respected minds in magic. These days he works with Penn & Teller on both their TV show “Fool Us” and their show at the Rio in Las Vegas.

His passion for show business began at a young age, and he was drawn to a carny sideshow. Thompson shares the story of the evolution of his career from a pitchman to sewer worker, jazz musician, orchestrator and magician.

Along the way, Thompson refined both his comedy and magical skills which led to the creation of his nightclub act The Great Tomsoni & Co.

When was the last time you had the chance to spend fifty minutes with a living legend? It was an honour for me to hear Johnny trace his roots in the history of American magic, through this conversation about his life.

Thompson’s secrets have been collected in a two-volume publication: “The Magic of Johnny Thompson.”

Get details about the “The Magic of Johnny Thompson” and watch archival video at Magicana.