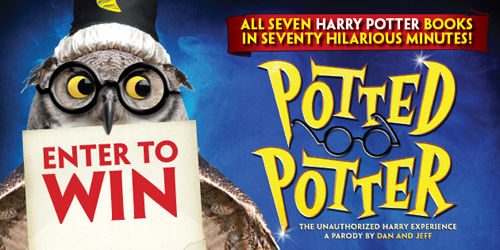 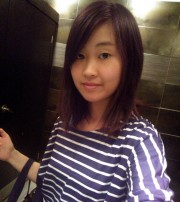 Congratulations to Yuen Chik who won four tickets to see Potted Potter at the Panasonic theatre in Toronto.

Yuen says that she became “a big fan of Harry Potter as there is something really magical and unique about it.”

She enjoyed all of the movie adaptations and says “I love seeing the actors immersed in their roles and having a book come to life.” With so many great memories of Harry Potter she’s really looking forward to seeing Potted Potter.

Potted Potter has garnered rave reviews from New York to Nashville, Chicago to Mexico City and Critics’ Picks from the New York Times, Time Out London, Boston Globe, and the Chicago Daily Herald!

“Even if you don’t know your wand from a hole in the ground, I guarantee you’ll go positively potty over Potted Potter…Muggle or master wizard, you’re going to love this show.”
Richard Ouzounian The Toronto Star

Playing to sold out houses all over the world, Potted Potter takes on the ultimate challenge of condensing all seven Harry Potter books (and a real life game of Quidditch) into seventy hilarious minutes.

The prize consists of 4 tickets for the performance Sunday, January 4th at 5pm, a $280 value.