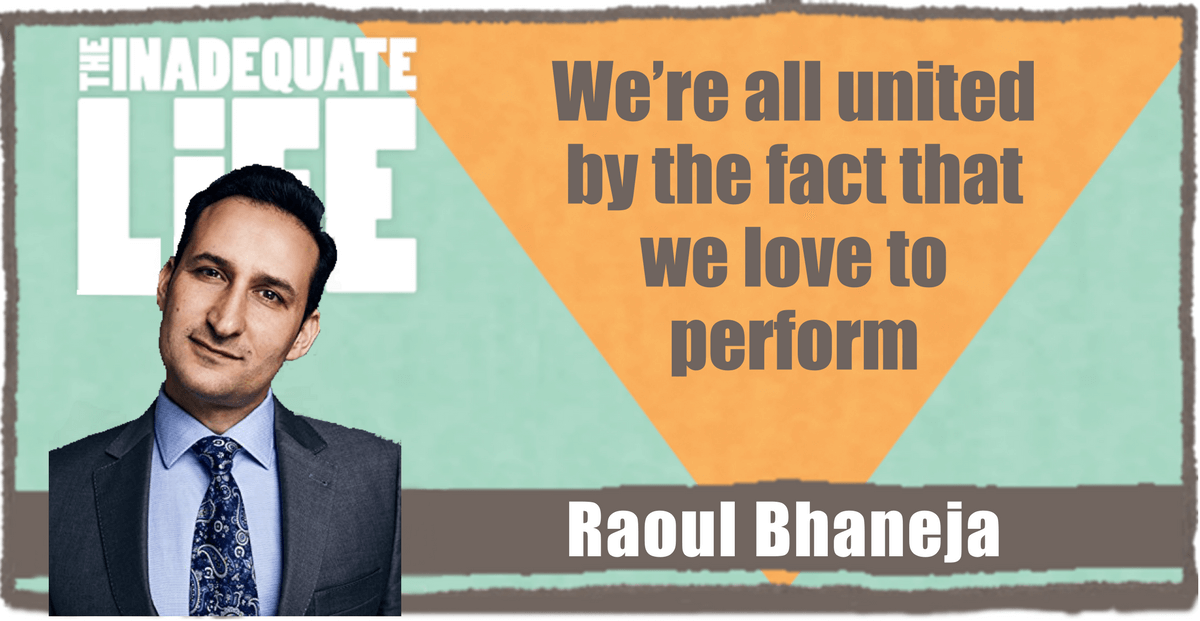 I spoke with Raoul Bhaneja as he was producing and starring in “Disgraced.”

The Pulitzer Prize winning play returned to the Panasonic Theatre in Toronto on November 11 after a critically acclaimed run in 2016.

The play deals with faith, politics and the notion of “tolerance.”

The powerful subject matter draws in audiences that, as Bhaneja mentions in the podcast, stay in their seats after the show for heated exchanges in the post-performance “talk backs.”

Bhaneja, an ambitious soul with a “can-do” attitude, is candid about how he overcame the struggles he encountered while trying to land leading roles with established companies by producing his own work. But even then he faced blowback from critics and directors, despite the movement towards “colourblind casting.”

Those struggles were, in part, the impetus behind Bhaneja’s drive to produce and appear in a solo version of Shakespeare’s “Hamlet” that played in New York and London to critical acclaim.