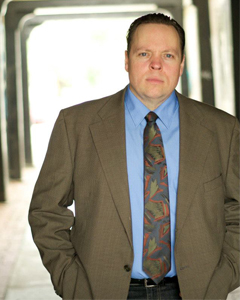 An accomplished actor, Steve Ross has performed at The Stratford Festival for 11 years. In 2014 he played Sancho Panza in “Man of La Mancha” and Moose in “Crazy for You.” He’s performed at a variety of theatres including Chicago Shakespeare theatre, The Canadian Stage and the Neptune Theatre.

But Steve began acting later in life, after dropping out of Western University, and Sheridan College’s sports medicine programs. Later he would study at Brock University and the National Theatre School of Canada before finally choosing a life on the stage.

We discuss Steve’s love of comedy, his most bizarre audition for a TV commercial and the time he failed in the role of Edgar in “King Lear.”

Steve was an actor on the verbatim theatre piece “London Road” at the Canadian Stage. We discuss how it felt rehearsing with an ear piece….listening to the real voice of the character he played, in his ear.

We also talk about his mother, who suffered from depression, and the impact that had on his acting.

Starting Nov. 19th Steve is playing Shrek in “Shrek the Musical” at The Grand Theatre. The show is directed by Susan Ferley, who also directed last year’s hit production of “Elf the Musical.” Steve discusses his love of performing for family audiences.

Links from the Podcast
Leah Cherniak
The National Theatre School of Canada
The Stratford Festival
“Shrek The Musical” at The Grand Theatre – London, On.

Have you ever wanted to do something, but never got around to it?

• Do you have something to say but can’t find the time to get started!
• Do you wonder where successful creators find inspiration?

Listen and learn how some of the most successful creative people get their work done.

One thing successful people have in common is a support network. So that means spending time with family, friends or creative colleagues is essential. Then there are all the distractions that come with life: taxes, death and everything in between. After getting the groceries done, doing the laundry and falling into a rabbit hole of YouTube videos there’s little time to create

Plus, who can be creative without first cleaning up that messy bedroom.

Take a moment to listen to stories from people who succeed despite the tough times, naysayers and dream bashers who didn’t believe in them. YOU CAN SUCCEED TOO!

Thanks for spending some time with me.
I hope to see you here again.