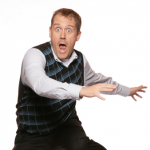 Chris Patterson plays bass with Canada’s most popular musical comedy trio The Arrogant Worms, who have sold over 150,000 CDs and toured extensively in Canada and the U.S., with appearances in the U.K. and Australia.

I’m a big fan of The Arrogant Worms and am proud to say I gave them their national radio debut on CBC’s “The Radio Show with Jack Farr,” and produced their national TV appearances on John Oakley’s Life Network TV show & Mike Bullard’s TV show on The Comedy Network. I hope to have interviews with the other members of the band, Mike McCormick and Trevor Strong, when, and if, they let me.

We talk about how the band managed to survive 20 years together, longer than most marriages in America, and the band’s collaboration with four-time World figure skating Champion Kurt Browning.

After 20 years on the road The ‘Worms aren’t touring as much as they once did, and we discuss how Chris is using his musical and performance skills in his job as a high school English teacher.

Finally we also talk about our failed attempt at creating a game show we pitched to the Comedy Network with the line “What if Michael Moore had a game show?”

Links from the show 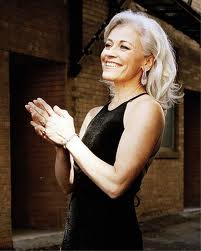 Louise has been nominated for a Tony Award and is the winner of four Dora Mavor Moore Awards. The Broad­way star appeared in the Chicago production of Theatre 20’s “Company,” directed by Gary Griffin.

Louise is best known for her role as Donna Sheri­dan in the ABBA-themed musi­cal “Mamma Mia!”, which earned her a Tony Award nom­i­na­tion. She received rave reviews for her performances as Fantine in “Les Misérables” (Toronto, Montreal and Paris) and as the title character in “Edith Piaf.”

Louise talks about growing up as the daughter of an accountant, the high school music teacher that changed her life, being discovered by Don Fleckser at Western Univeristy Canada and what it’s like auditioning for the world-renowned director Gary Griffin.

She also discusses writing, producing and starring in her new show “On The Rocks” at Theatre Passe Muraille.

In our chat, we discuss this provocative photo, by Kimberly Butler, used to promote her solo performance “On The Rocks.” 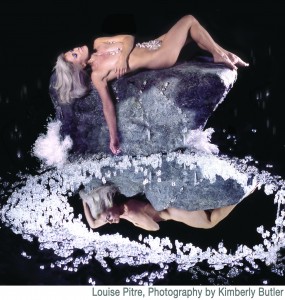 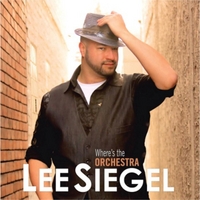 We also discuss the inspiration behind his CD “Where is the Orchestra?” and the creative way he raised money to produce it.
END_OF_DOCUMENT_TOKEN_TO_BE_REPLACED