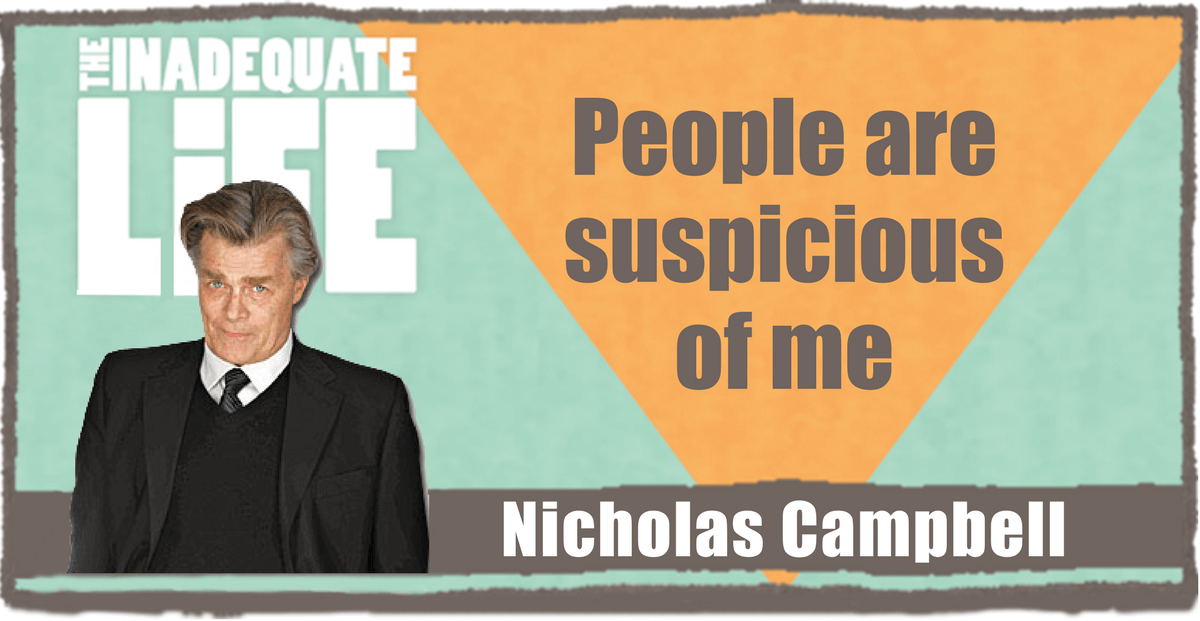 UPDATE
This episode was recorded in 2013.

Campbell will appear in the 2018 Toronto production of Jez Butterworth’s explosive masterwork “Jerusalem.”

Directed by Mitchell Cushman, “Jerusalem” stars Kim Coates, best known for his film and TV work, most notably as Alexander “Tig” Trager in “Sons of Anarchy.”

“Jerusalem” runs Feb. 13 – March 10 at Crow’s Theatre.
—–
Actor and director Nicholas Campbell discusses how he switched from studying law to theatre, his love of horse racing, his hopes to do more stage work and the greatly exaggerated rumors about his drug use.

Campbell’s interest in theatre began at Queens University, soon after that he moved to England and studied at the Royal Academy of Dramatic Arts. His early feature films include the Hollywood blockbusters “The Omen” (1976) starring Gregory Peck, “A Bridge Too Far” (1977) starring Sean Connery and “The Spy Who Loved Me” (1977) starring Roger Moore.

Campbell is best known for his leading role in “Da Vinci’s Inquest,” a TV series about a hands-on, crime-solving Vancouver coroner.