Ron James is one of the most successful comedians in Canada.

With a comedian’s eye for satire and a poet’s ear for language, Ron cuts a wide swath through contemporary culture making him a stand out amongst stand-ups.

His path to success includes improvising with Second City, a stint on a TV show in the U.S., and his own shows “Blackfly” and “The Ron James Show” in Canada. His annual New Year’s Eve special on CBC is a comedy tradition with over a million viewers from coast to coast.

Comedian Martha Chaves has been headlining comedy clubs for over 20 years. The Nicaragua-born Canadian comedian is a regular on the CBC Radio show “Because News.”

She is also a keynote speaker using her poignant sense of humor to raise awareness about serious issues, including sexuality and oppression.

We discusses all of this and more. 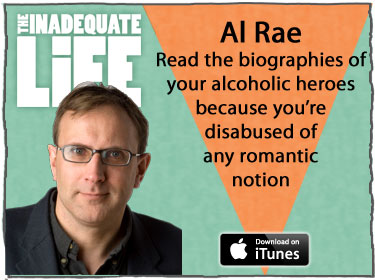 Al Rae’s family immigrated to Canada from Glasgow, Scotland when Al was a young boy.

At an early age he gravitated towards drugs & alcohol to deal with his mental health issues.

Al is a recovering alcoholic, who came out of the closet a few years ago, and we discuss how that has influenced his comedy.

Al & I discuss writing & performing comedy for the stage and TV. Al worked on a TV show
with David Steinberg, and Al does a great impersonation of Steinberg, on the set, calling for a lunch break.

Finally, he mentions how the careers of Burroughs & Bukowski inspire him.

Don’t miss this podcast with one of the most successful guys on the Canadian comedy scene.