Click the arrow above to listen to AJ Bridel’s podcast. 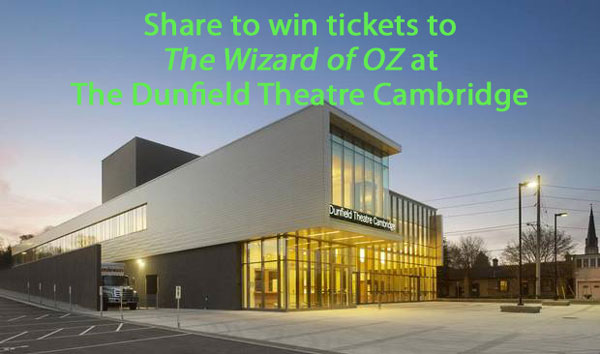 Bridel now stars in Dray­ton Entertainment’s pro­duc­tion at the Dun­field The­atre Cambridge.
A.J. Bridel says “Dorothy is more complex than people allow her to be.”

After spending time with A.J. I can say the same is true of Bridel.

A.J. graduated from Eastwood Collegiate in Kitchener as an “A” student, starring in the school play, but 2 years earlier, while working through her parent’s separation and lashing out, she had been kicked out of the school play because of her inability to focus and collaborate.

With the help of friends and family A.J. managed to get back on track by focusing on theatre and her school work.

Nothing is as it appears

In this podcast interview A.J. cites Jennifer Hudson as someone she admires for pursuing her dream despite the odds of succeeding in showbizz. Remember, it was Simon Cowell who told Hudson, on American Idol, that she was “out of your depth in this competition.” Cowell later admitted he was mistaken.

In 2012 Bridel competed on the CBC TV reality talent competition “Over The Rainbow.” She finished in third place and we discuss the behind the scenes process of reality TV where nothing is as it appears.

A clip from her appearance on “Over the Rainbow” featuring Andrew Lloyd Webber.

What you need to know:

1) You must sign up with your email address to be eligible to win.
2) Prize consists of a pair of tickets to see The Wizard of Oz, 7:30 p.m Thursday, March 26 at the Dunfield Theatre Cambridge.
3) Twitter entries must contain “I want to win tickets to #DEWizard #Kitchener with A.J. Bridel via @FestivalReviews http://bit.ly/1yYjCCy” – only one additional entry per Twitter user.
4) The entry deadline is 11:59pm Thursday, March 21st, 2015. The winner will be contacted by email, that’s why you need to sign up, and will have 24 hours to reply or the prize is forfeited.
5) No purchase is necessary to win.
6) I look forward to seeing your comments and tweets. Good luck!