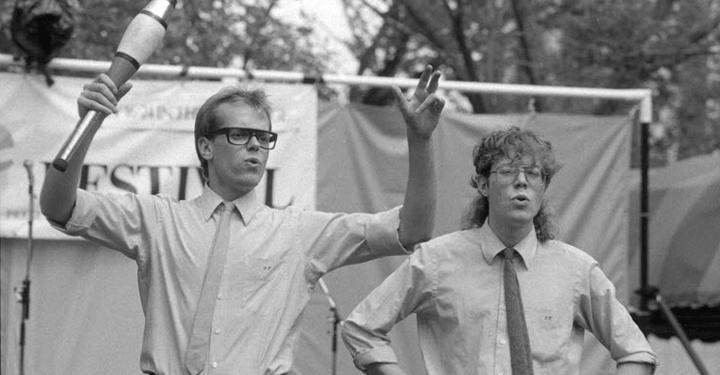 On Wed. April 6th I’ll be back on stage in Winnipeg, for the first time in 27 years, to record an episode of my podcast “The Inadequate Life.”

In 1988 and 1989 I performed at the Winnipeg Fringe Festival in “Something Strange.” It was a defining moment in my career. 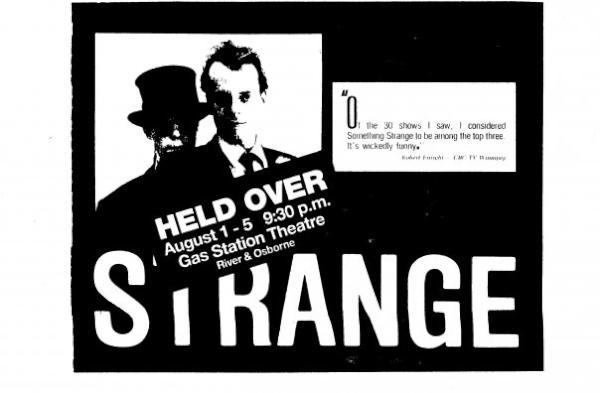 Street Performing in Old Market Square
One day while Gary and I were performing we asked a stranger to take our photo. 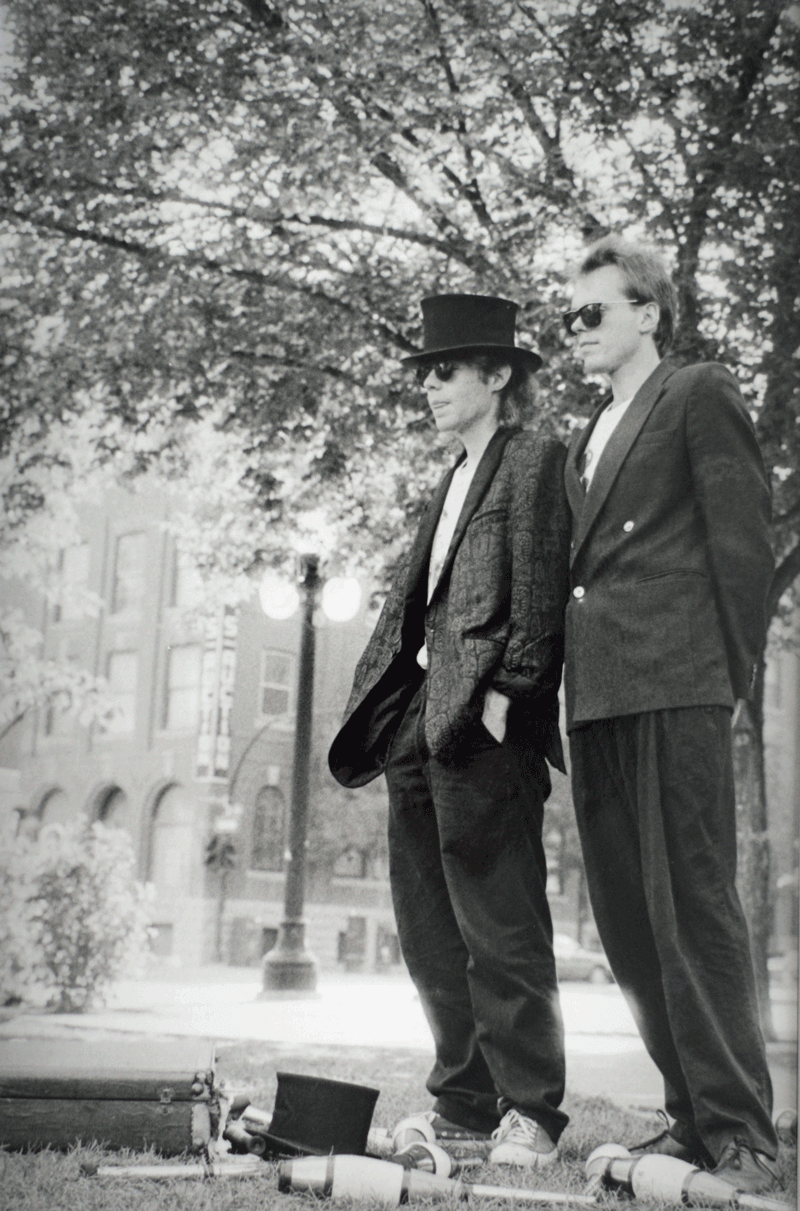 Winnipeg’s creative scene was so enticing that soon after my Fringe Festival performance I moved there to work with CBC Radio.

I also co-wrote and produced a short film “Without Rockets” that received a National Screen Institute Drama Prize award and was short-listed for an Oscar nomination.

Many of the people who contributed to the film’s success were part of The Winnipeg Film Group, an artist-run collective, located just opposite Old Market Square where that photo was taken.

During my time in Winnipeg I did my best to engage in the creative life of the city, encouraging those around me to explore their creative juices.

I’m proud to say that while I lived in Winnipeg I helped launch the careers of the comedy troupe The Brave New Weasles by producing a few of their first performances. The troupe featured Sandy Jobin-Bevans (who went on to the Second City main stage), Ken Cuperas (successful TV writer and producer), Matt Kippen (TV writer and producer, most recently “Schitt’s Creek”) and Ron Moore.

Why not join me and my guests at The King’s head in Old Market Square for an hour of laughs and an exploration of what it means to be a creative soul.

Here’s a link to all my previous podcast with Winnipeggers.